A Legend who demonstrated Statesmanship.

Salute to the Leader with Strong Principles of Secularism.

Gentle giant will be missed: President on Atal Bihari Vajpayee

In a post on Twitter, Kovind said his leadership, foresight, maturity and eloquence put him in a league of his own.

“Extremely sad to hear of the passing of Shri Atal Bihari Vajpayee, our former prime minister and a true Indian statesman,” he said.

“Atalji, the gentle giant, will be missed by one and all,” he added.

Vajpayee, the 93-year old leader, who successfully steered through several strategic challenges during his tenure as prime minister, died today after a prolonged illness.

He is survived by his adopted daughter Namita Kaul Bhattacharya.

The All India Institute of Medical Sciences (AIIMS) where he was admitted on June 11 with a number of ailments announced his death at 5.05 PM today.

Vajpayee, who was 93, died at AIIMS this evening after a prolonged illness.

Several leaders saw a personal loss in death of Vajpayee, one of India’s most respected leaders who led the nation through several crises and held together a tenuous coalition with his inclusive politics. 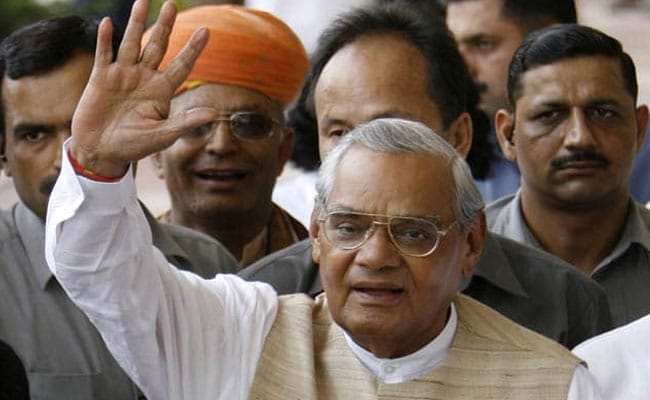 I am at a loss of words to express my deep grief and sadness today as we all mourn the passing away of one of India’s tallest statesmen, Shri Atal Bihari Vajpayee. To me, Atalji was more than a senior colleague- in fact he was my closest friend for over 65 years.

I cherish the memories of my long association with him, right from our days as Pracharaks of the RSS, to the inception of Bharatiya Jana Singh, the struggle of the dark months during the Emergency leading to the formation of Janata Party and later the emergence of the Bharatiya Janata Party in 1980.

Atalji will be remembered as the pioneer of the first ever stable non-Congress coalition government at the Centre and I had the privilege of working as his deputy for six years.

As my senior, he always encouraged and guided me in every possible manner.

His captivating leadership qualities, mesmerising oratory, soaring patriotism and above all, his sterling humane qualities like compassion, humility and his remarkable ability to win over adversories despite ideological differences have all had a profound effect on me in all my years in public life.

I will miss Atalji immensely… 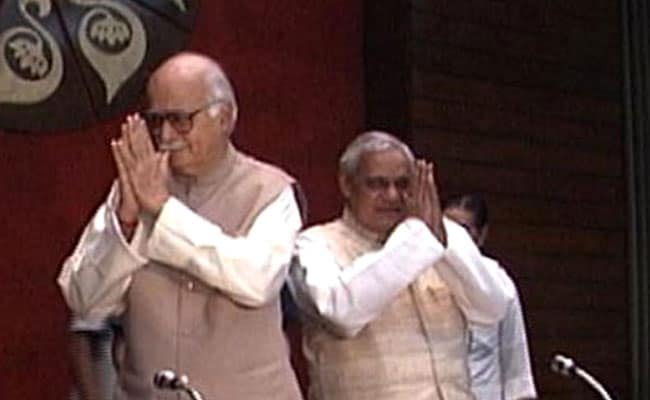 Global TV initial days! When we had broadcast the Legend AB Vajpayee!